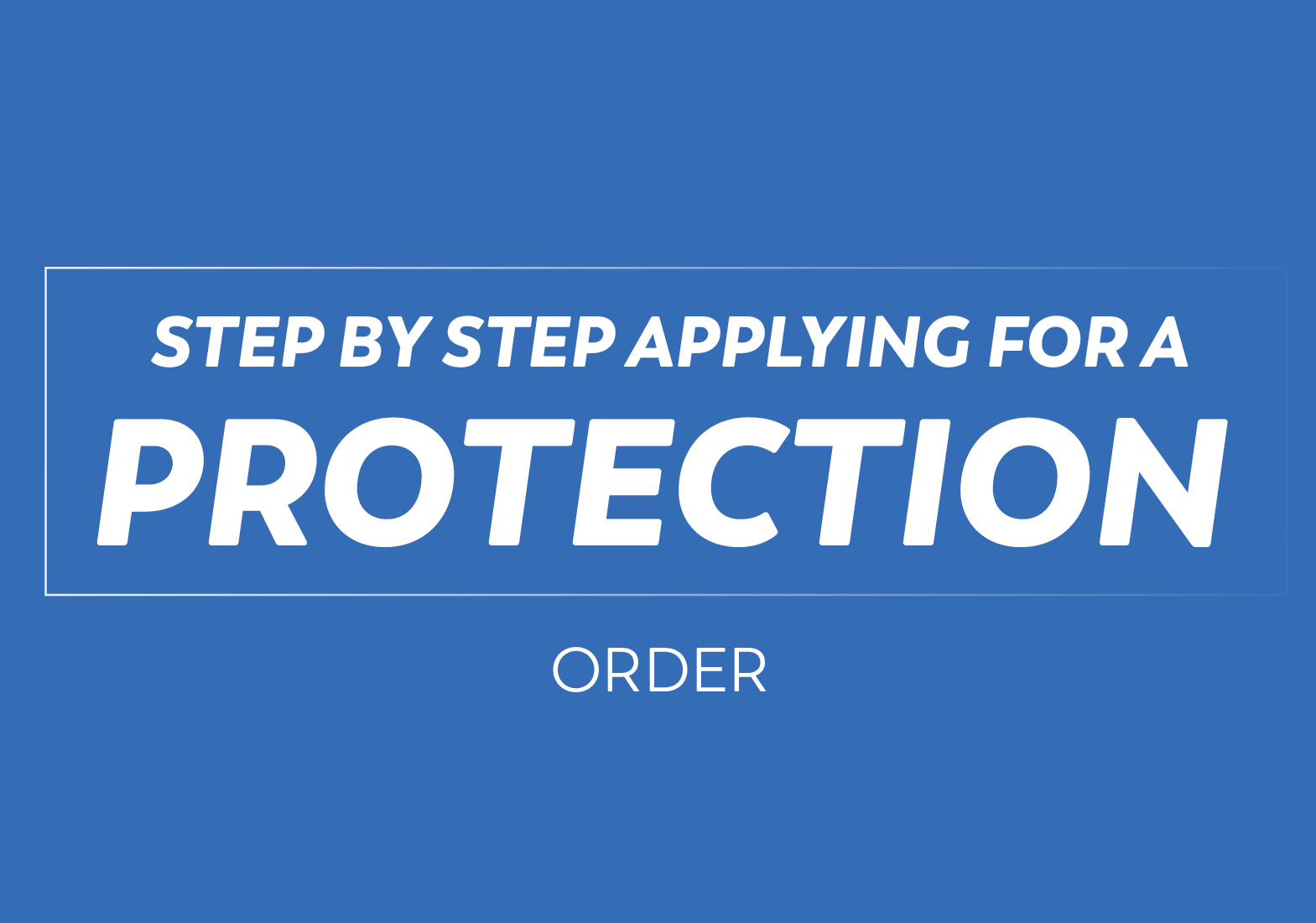 STEP 1
KNOWING WHAT A PROTECTION ORDER IS?

1.1 WHAT IS A PROTECTION ORDER

1.2 WHAT IS CONSIDERED DOMESTIC VIOLENCE
Where a person is being harmed by another person while they are in a DOMESTIC RELATIONSHIP

A Domestic Relationship is – where the parties are

– Physical abuse – being injured by the perpetrator by being punched, kicked or pushed;
– Sexual abuse – if the complainant is being forced to perform a sexual act;
– Emotional and Psychological abuse – verbal insults or humiliation for example name calling;
– Economic abuse – financial damages (where the perpetrator sells household property or uses a joint bank account for personal use without consent);
– Property Damage – if the perpetrator damages any property of complainant;
– Trespassing – Unlawfully entering complainants home without his/her consent;

STEP 2
HOW TO OBTAIN A PROTECTION ORDER

BEFORE APPLYING FOR A PROTECTION ORDER

STEP 3
APPLY FOR A PROTECTION ORDER

2.2 NOTE – Every Magistrate’s Court or High Court also has a domestic violence court
2.3 NOTE 2 – Upon Applying for a Protection Order you will at first only receive an INTERIM PROTECTION ORDER – if you are able to proof to the court that an act described in the Domestic Violence Act (as also set out in paragraph 1.2 has been committed

HOW CAN A COMPLAINANT APPLY FOR A PROTECTION ORDER

2.4.5 APPLICATION BROUGHT ON BEHALF OF SOMEONE

2.4.6 ONCE AT COURT – THE FOLLOWING WILL HAPPEN

APPLICATION & OPENING OF A COURT FILE

(a) Dismiss the Application – on the basis that there is no evidence;
(b) Grant an Interim (Temporary) Protection Order – to be finalized on a further date
(c) Upon the further date the perpetrator will have a right to state his/her version

2.4.7 UPON ISSUING OF INTERIM PROTECTION ORDER

i. Clerk of the Court notifies of the return date – on which date you need to be back in court together with the perpetrator
ii. The Magistrate then issues a NOTICE TO APPEAR and the perpetrator is informed that an application for interim protection order has been granted and he/she needs to appear on the date listed in the Notice to Appear
iii. Clerk files original application and interim protection order forms into the court file
iv. You are handed 3 (three) copies
v. Two of the copies have to be taken to the police or the sheriff of the court
vi. You will also receive a return of service document which has to be completed by the sheriff /police
vii. SERVICE OF INTERIM PROTECTION ORDER – Police will serve at NO COST whereas the SHERIFF will charge you for service and you will have to pay

2.4.8 SERVICE OF THE INTERIM ORDER

1. WHAT HAPPENS IF THE INTERIM PROTECTION ORDER IS VIOLATED

3. HOW CAN A PROTECTION ORDER BE CANCELLED OR CHANGED