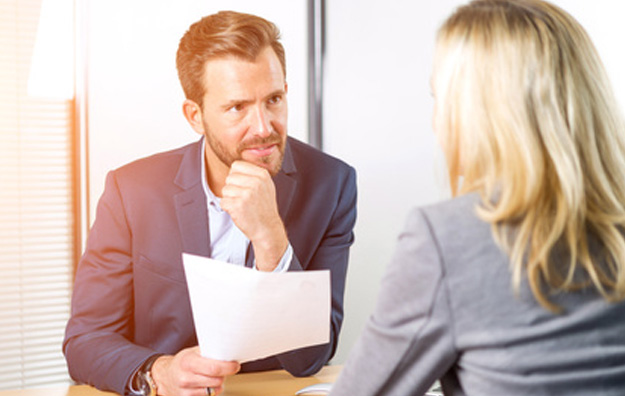 Employers are often confronted with the dilemma of deciphering an employee’s failure to perform in accordance with expectation or instructions. Is the employee incapable of performing the tasks or not willing to do so? The answer to this question is critical as it will determine the process to be used to remedy the problem.

Employment law draws a distinction between an employee’s lack of ability or skills, on the one hand, or lack of care, diligence or willingness to perform in accordance with expectation. No employer is expected to tolerate an employee who is unable to do the basic job for which he or she was hired. However, selecting the appropriate road leading to the fair termination of employment is important.

Poor performance as a form of incapacity

Employees who are genuinely unable to perform their appointed tasks are treated differently in law to those employees who are able to do their work, but for other reasons don’t perform. Considering the inexact nature of recruitment processes, it is not uncommon for employers to realise that the applicant that so impressed during the interview process turned out to be all icing and no cake in the kitchen that is the modern workplace.

Our law allows such employers to go through an abridged process to terminate the services of probationary employees who cannot deliver on the promise shown during recruitment. This, paradoxically, encourages employment as employers can take comfort knowing that they will be tested against a lower standard when dismissing probationary employees for poor performance. It allows employers the latitude to take chance on a new recruit, knowing that the business need not jump though all the same hoops prior to dismissal for performance that it is required to do in the case of non-probationary (or permanent) employees.

The process preceding termination for performance is one of counselling, seeking to understand the causes for poor performance, ensuring that the employee understands the performance targets and measures, setting periods for measuring required improvement and providing reasonable assistance, where required.

Where incapacity suggests an inability to perform, misconduct relates to fault on the part of the employee in not adhering to rules, standard or instructions. In classical examples, the distinction is drawn between an inept employee who spends hours on end, making best effort to comply with an instruction (say to turn in a report), versus the employee who is capable of drafting the report, but then intentionally or negligently fails to do so.

On the one hand, the incapable employee is not at fault for his inability to turn in the report – he lacks the skills to draft it or comprehend what is required. His situation is remedied through performance counselling but can still lead to his termination unless he remedies his performance gaps. The other employee, though, is committing misconduct in that whilst he can perform he disregards the instruction or fails to pay sufficient attention or care to ensure that it is carried out. His failure is misconduct and is remedied through disciplinary action.

The recent labour court judgment in Pienaar v Murray & Roberts Projects (Pty) Ltd. serves to show that in the real world it is often difficult to draw the line between performance incapacity and misconduct. The employee, a senior member of staff, failed to deliver on key requirements of his role. The employer addressed that with him and gave him specific tasks and deadlines for completion. The employee failed to comply with the deadlines and belatedly provided feedback that was not satisfactory to the employer. Having previously issued him with a final written warning for his failure to follow instruction, the employer dismissed the employee for failing to exercise care or attention in the performance of required tasks.

“A repeated failure to comply with instructions by a senior person is serious misconduct. [The manager] testified about frustrations experienced by the executive and an embarrassment to its client. Hiding behind an inefficient senior line manager when clear instructions had been given to rescue the situation cannot assist [the employee].”

Lessons to be learnt

Employers should consider the underlying reason for an employee’s failure to perform. If the unsatisfactory job performance is due to a true lack of ability, the matter should be addressed through the incapacity performance management process. Where the employee has shown in the past or can otherwise be seen to be performing in accordance with requirements, but just lack the will to do so, his behaviour should be addressed through the disciplinary process.

Where the chef constantly fails to bake the prize-winning macarons required, the bakery should investigate the cause of his failure. If it turns out that he does not understand the subtle art involved in making these delicacies, some guidance from an expert or even attendance at a course may remedy the problem. However, if he sometimes produces great bakes but on other occasions could not be bothered to weigh the ingredients properly, or ensure the oven heat is reduced to the correct temperature, despite being instructed to do so, his conduct should be addressed as a disciplinary infringement.

In both instances, the chef could face dismissal. Determining the underlying reason could make the difference between successfully defending the dismissal or being ordered to take the chef back into the kitchen.